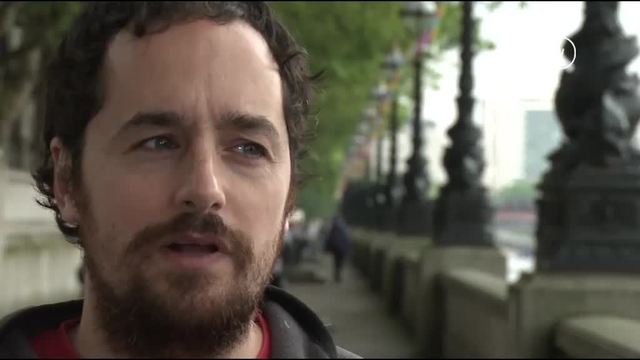 The United Kingdom is a multicultural country. London in particular reflects great cultural diversity. Londoners are sure that there is no country on earth for which people have not emigrated to the United Kingdom. Take Jonathan, for example. His parents came to the United Kingdom a long time ago and he was born in London. And he feels like a true Brit. My name is Jonathan. I live in London. Uh my mother came to London from Spain and my father came to London from Iran. Uhm the funny thing is, growing up, my sister and I always thought of ourselves just as British. Uh we thought we were living a British life in a British house. But all through my life people have always seen me and wondered where I was from and thought maybe I was Spanish or Italian or uh sometimes even Jewish. Uhm, and they’re always surprised when I tell them that I’m half Spanish and half Iranian. Everybody is uh quite impressed. Contrary to many other European countries, Britain has a very long tradition of immigration. This has much to do with the history of the United Kingdom, with its roots in the colonial era and the British Commonwealth. The map shows the British Empire in the 1920s. Many countries all over the world belonged to the United Kingdom, with the British Monarch, of course, as head of all these countries. The colonies were granted their independence during the 20th century. The Empire was gradually replaced by the Commonwealth of Nations, a voluntary association between the United Kingdom and its former colonies. Did you know, that the British monarch is still the official head of state in some of these countries? This is true, for example, in Australia, Jamaica and Canada. But what exactly is the function of the Commonwealth of Nations? It’s therefore clear that many immigrants from Commonwealth countries have relocated to the United Kingdom and that they are really a part of British society. For example, it’s not unusual for a British bobby, as police officers are called in Britain, to have African ancestors. Where do most immigrants to the United Kingdom come from? The biggest group are people from India right now, but these figures can of course change. Today the United Kingdom is a modern immigration country. Immigrants no longer only come from the Commonwealth countries but from all parts of the world. More than 200,000 immigrants arrive right now in the United Kingdom every year, just like Jonathan’s parents did in the past. I think both my parents came to London because they… they love the culture, the way of living more than anything, uhm and they became more British. When they lived here, they just became British and part of the British community, really. Uhm what I’ve always loved about London is the mixture and how… One key thing is: London is not one city. It’s a collection, lots and lots of different villages that grew. So, every little area has its own flavour. And also, with the people: you’ll find different people everywhere. And in fact, if you want to watch a film from Thailand at lunchtime or have dinner from Germany in the evening, you can do that in London. You can do anything you want, with any cultural background, in London. The mixture of so many different nations has many consequences. For Jonathan a multicultural society like the United Kingdom also has some exceptional advantages. For example, for him as a football fan. One of the special things about London is the huge mix and the hundreds of languages that you can hear spoken everywhere in London. And one of the great things is during the World Cup. You can always find some restaurant or café where you’ll find people from that country celebrating a win. So, it’s a really great experience. It’s the world in one city. But what about integrating all those different people with different backgrounds into British society? Do immigrants have to be assimilated into certain aspects when they come to the United Kingdom? Are there any problems?If you plan to come here, the most important thing is to speak English because you want to integrate and get to meet and know the local people. Uhm we do have communities like Chinatown. Uhm we have communities for the Spanish people. And even a sort of German community uhm near Richmond. But if you don’t want to just stay in those areas, it always makes sense to be able to speak the country uh the language that everybody speaks. And of course, that’s English, which is the international language really. Uhm I think uh no matter what your background, you have the same opportunities. I’ve had so many jobs uhm where I’ve been working with lots of different colleagues and I’ve been the only person whose actually been from London. And when I tell them that I’m actually born in London they look at me and I’m the odd one out sometimes. So, it’s very… lots of opportunities for everybody really. Perhaps one can say that the British have more experience with immigration than many other nations. It’s apparent that British people have fewer prejudices concerning foreigners and immigrants within the heart of their society.